In this series, Stéphane Couturier explores, which was created over more than three years, in highly aesthetic and, at the same time, socially ambitious photos and videos, the “Climat de France” housing project – today called Oued Koriche – in Algier. Built-in the International Style in the 1950s and based on a design by French architect Fernand Pouillon, the ambitious project is now the centre of the Bab-El-Oued district. Today the housing project is a city within a city, forgotten by politicians and avoided by the police. 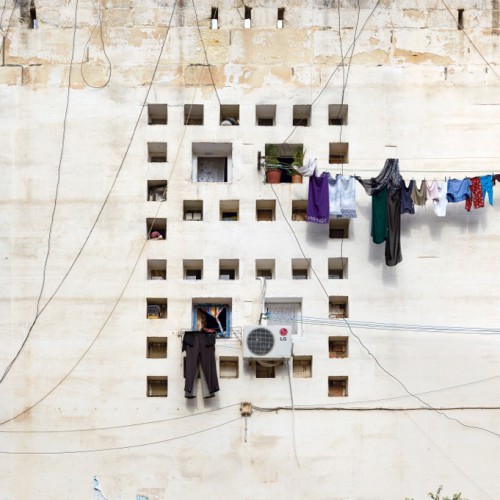