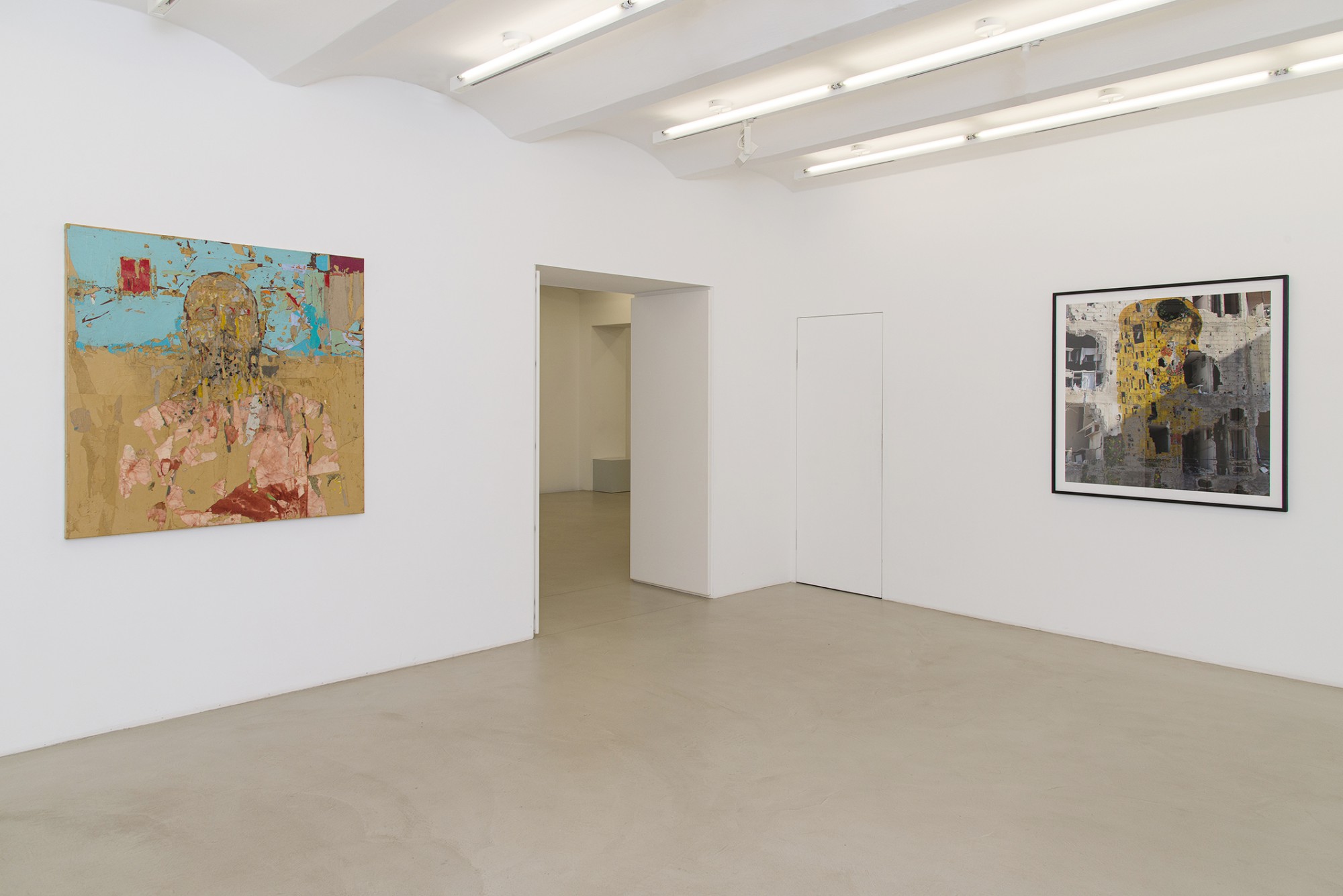 Tammam Azzam first gained attention in 2013 when he was forced to leave his studio in Syria and began making digital photomontages in his new home in Dubai. These works take an unromantic look at the conflict within art making in the face of war and violence, directly addressing the on-going conflict in his home country. One of these works shows an image of Gustav Klimt’s “The Kiss” superimposed on a bombed Syrian building . This work went viral on Social Media, and even today is among the most well known works of the artist.

Following these experiences, Tammam Azzam found his way back to painting, but in a different register. With “Storeys”, a series of monumental acrylic paintings depicting the magnitude of devastation in his home country through expressionist compositions of destroyed cityscapes, the artist chronicles the current state of his country in a cathartic exercise of reconstruction, storey by storey. 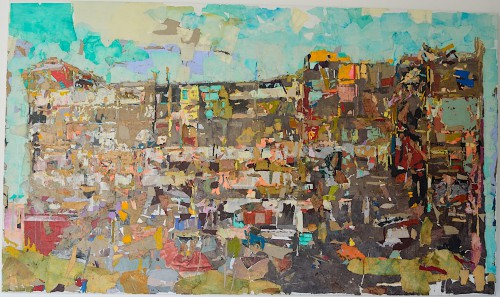 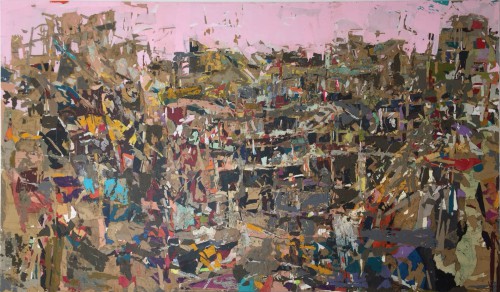 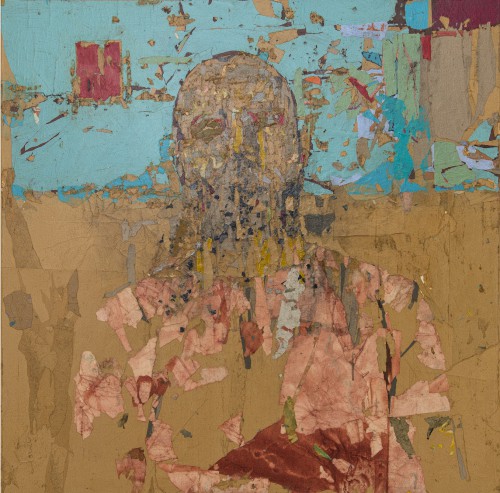 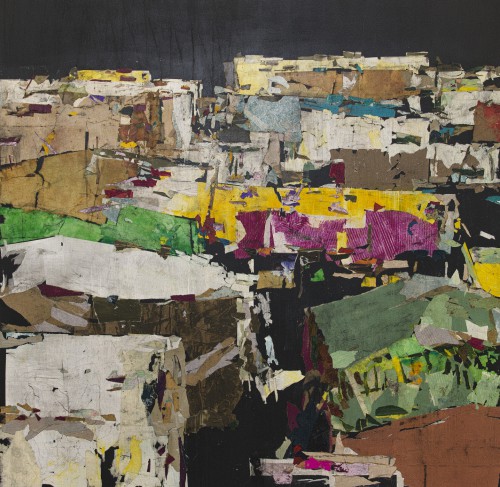 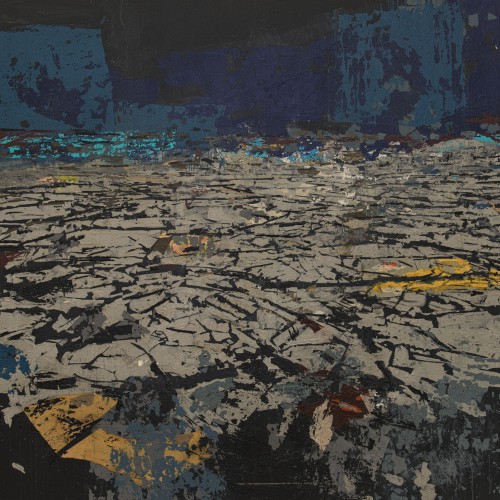 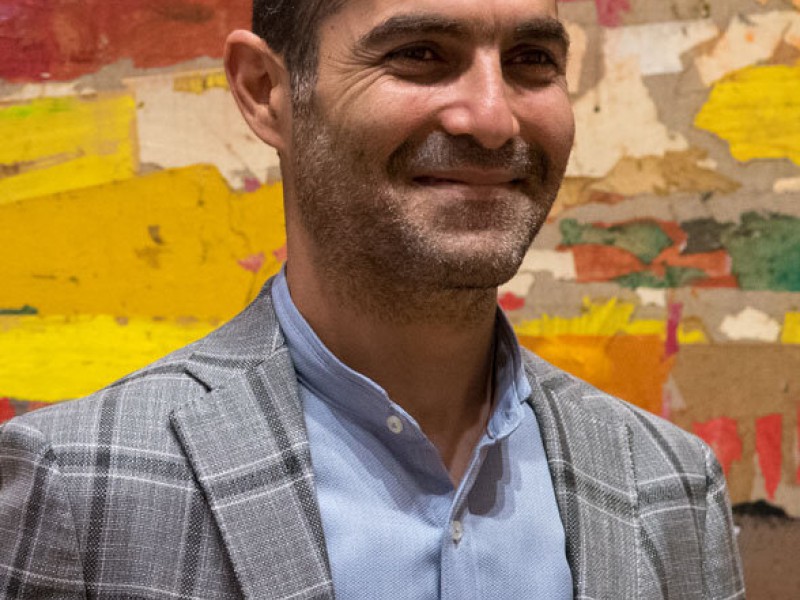 Born 1980 in Damascus, Syria
Lives and works in Berlin, Germany

Tammam Azzam received his artistic training from the Faculty of Fine Arts at the University of Damascus. Following the Syrian Civil War, he relocated to Dubai where he began working in digital photomontages. In 2016 Azzam moved to Germany, with a residency at the Institute of Advanced Studies in Delmenhorst. In Delmenhorst and later in Berlin the artist began exploring a new technique in paper-collage alongside his paintings. His fragmented compositions highlight the physical remnants of conflict and showcase the importance to rebuild and create from destruction.